Don Schroder is a photographer who’s always had an interest in the arts, science and nature. As a kid he grew up going to the Long Island, NY shore swimming, fishing, sailing, birdwatching, playing in the sand and collecting shells, horseshoe and sand crabs. When not at the shore, he was climbing trees or in the local swamp collecting tadpoles, frogs and snakes. In college he declared art as a major but finished with a Bachelor of Science degree in geology from Penn State (nature kept calling him back!). 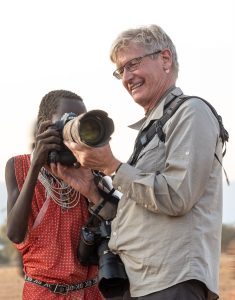 When it came to photography, it all started with his dad taking him to a camera shop in 1978 and walking out with a Canon AE1. Soon he moved on to the Nikon system where he remains today. The hobby waxed and waned until 2004 when he purchased his first digital SLR camera, a Nikon D70, to photograph his daughter riding her horse. Since then he continues to photograph horse and daughter but has greatly expanded his subjects to include all forms of nature: African animals, reptiles and birds, east-coast song and shore birds, landscapes and flowers.

Whether shooting macro, telephoto or wide-angle images, Don tries to find the perspective that reveals that “certain feeling” while capturing the beauty of the subject. When the two combine is when he’s most satisfied with the image. Don truly enjoys helping other achieve that satisfaction, too!